Bergamo is a beautiful town in northern Italy located in region of Lombardy, and is a little over an hour drive, just northeast of Milan and is the hometown of Saint John XXIII.

Bergamo can be easily visited when traveling between Milan and Venice. It only about an hour travel time from Bergamo to beautiful Lake Como, and less than 3 hours to Venice, and is known as the birthplace of Saint John XXIII. Many travel to Padua and Bergamo on their way from Venice to Milan. 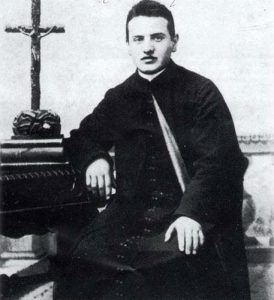 Saint John XXIII, was born Angelo Giuseppe Roncalli, in Bergamo, Italy, on November 25, 1881, in the village of Sotto il Monte meaning, “Under the Mountain.” Angelo’s parents were farmers in Bergamo and expected him to take over the “family business” of farming, but God had different plans for Angelo. He was ordained a priest in 1904. More than 50 years later, in 1958 when he became pope, he took the name of John, after his father. It is said that he liked to sneak out of the Vatican at night to walk freely around Rome so no one would recognize him. During World War I, young Angelo served as a medic and a chaplain and he helped thousands of refugees in Europe.

Although Pope John XXIII is most remembered for calling the Second Vatican Council in 1962, he was known by many for his warmth and humor, and he visited children in hospitals and prison inmates at Christmas time. He said that the Church needs to use the “medicine of mercy” to show how the Church is a “loving mother to all.” Some of the most prolific writings in the Catholic Church today came from the Documents of the Second Vatican Council and he is known as the patron saint of papal delegates. Pope John XXIII died at the age of 81 and in 2013 Pope Francis declared Pope John XXIII a saint along with Pope John Paul II, as the two were also canonized on the same day. His tomb is located in Rome at St. Peter’s Basilica. His feast day is celebrated each year on October 11th.

Pope John XXIII’s hometown of Bergamo is known for its fine art and cobblestone streets. Travel around Bergamo is often by Funicolare, the city’s original railway, where you can see breathtaking views of the Venetian walls. 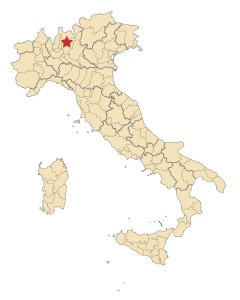 The northern part of the city of Bergamo is known as ““The Città Alta,” was designated in 2017 as a UNESCO World Heritage Site.

If you are going to this city, be sure to visit the three most famous churches in Bergamo:

If you are in great physical shape and love long hikes, the “Alta Via delle Grazie” Walk is a 12-day walk and spiritual journey throughout Bergamo, measuring 195 miles, which winds between the Marian shrines of the city, the mountains and the lake.

Every year Bergamo turns into the world capital of jazz in the middle of March. International Jazz Day is also celebrated in the city, and it falls on April 30 so if you are visiting during this time, expect street concerts everywhere since over 200 Italian musicians will be sharing their love and music of jazz.

Bergamo is also home to the Bergamo International Organ Festival, which takes place in October every year.

Every September, the BergamoScienza science festival is held in Bergamo. Established in 2003, this festival’s world-renowned scientists come together for 16 days of lectures, exhibitions, interactive workshops, as well as meetings, in order to share their discoveries and love of science.

Resources on Bergamo and the Italian Region of Lombardy