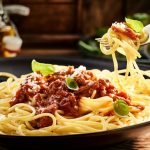 National Spaghetti Day is January 4th. Pasta arrived in Italy before 1295 when Marco Polo brought it from China. He called it “lasagne,” which then meant “noodles.” Tomatoes weren’t added until the 1800’s. Here are some very interesting tidbits on the history of spaghetti, its friend the meatball, and where that glorious tomato sauce first appeared! 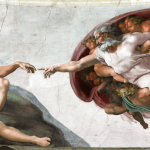 The Sistine Chapel & Michelangelo. Interesting and surprising facts about the history and artist of one of the world’s most famous paintings. 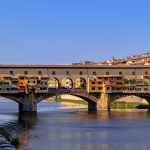 Ponte Vecchio: Florence, Italy’s Fascinating Bridge Over The Arno River. The only bridge on the Arno river in Florence not destroyed by the German army in World War II. And you’ll be surprised why. 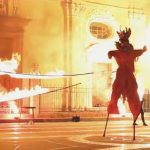 The Luminaria de San Domenico. Praiano, in the Amalfi Coast is transformed every year into an amazing celebration of St. Dominic and of light.

The Feast of All Saints Day, on November 1st, commemorates all those in Heaven, not just those officially recognized as saints.

White Truffles are a very rare type of mushroom mostly found near Alba, Italy. Sniffed out by dogs, and even pigs, their sublime taste makes them worth thousands of dollars. They are so rare and precious you need a special license just to hunt for them! 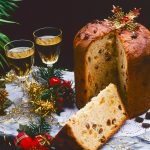 Panattone is the tall, rich Italian bread baked especially for the holidays has been made in Milan since the early 1400’s. Made with wheat flour (then an expensive rarity), candied citron or orange peel, butter, and eggs, many of its ingredients came from far away. It is now a world favorite for Christmas. 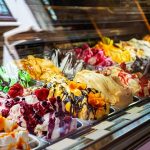 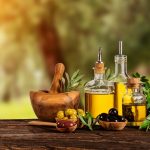 Olive Oil. Did you know that the region of Puglia, the heel of the boot, is Italy’s top olive oil producer with some 40% of total output. Next is Calabria or the toe area of Italy with about 27%. 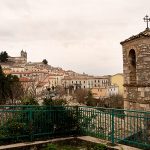 San Valentino in Abruzzo Citeriore, Italy is a hilltop town in the Abruzzo region of central Italy, named after St. Valentine & is nestled in the Appennine mountains, located on the northern edge of the National Park of Majella.