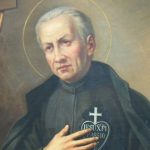 Ovada, Italy: Hometown of St. Paul of the Cross and the Dolcetto Grape. The hometown of the founder of the Passionist religious order is a lovely town in the mountains that’s home to a specialty grape. St. Paul’s feast day is October 19th. 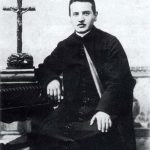 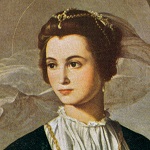 St. Agnes of Rome. Saint Agnes’ feast day is January 21st. She lived in Rome during the last major persecution of the early Church under the Emperor Diocletian who called for churches to be destroyed and their books burned. She was martyred for her faith and is a patron saint of young girls, chastity & rape survivors. Her relics are in the Basilica of St. Agnes Outside the Walls in Rome. 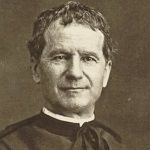 St. John Bosco. Born in Becchi, Italy in 1815, his father died when he was three and he grew up in great poverty, eventually becoming a farm worker. He learned to juggle to entertain other children. At 12, having left home because his older brother beat him to prevent him from learning to read, he begged a priest to educate him. He eventually became a priest himself, and working tirelessly, dedicated his life to helping poor children, educating them, and preventing them from being exploited and abused. He founded the Society of St. Francis de Sales (the Salesians), and the Institute of the Daughters of Mary Help of Christians (Salesian Sisters), to continue his work. By the time he died in 1888, his sanctity was well known. His feast day is January 31st. His relics reside at the Basilica of Our Lady Help of Christians in Turin, in the Piedmont region of Italy. Click Here to watch a video on his life and tour the museum in Rome dedicated to him. 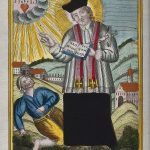 St. Valentine. There are several St. Valentines. Not much is known about them. The most popular of these is St. Valentine of Rome who was martyred by beheading around 270 AD for possibly marrying young Christian couples, when Christianity was forbidden. This would certainly give him his romantic reputation. Saint Valentine is the patron saint of engaged couples and happy marriages, beekeeping, epilepsy, the plague, fainting & traveling. His feast day is February 14th. 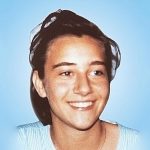 Blessed Chiara Badano was born in Sassello, in the mountains of the Ligurian Apennines, in northwestern Italy. She lived from 1971 to 1990. Known for her good cheer and enthusiasm, she was diagnosed with Osteogenic Sarcoma at 17 and affected everyone around her with her holiness. Her feast day is October 29th.

St. Charles Borromeo. Born in 1538, his father was a Count and his mother from the House of Medici. Despite having a speech impediment, he pursued his studies and became a doctor in both canon and civil law. Made a cardinal and the Archbishop of Milan before he was ordained a priest at 25, he is best known for his work in the Counter-Reformation and for ministering to thousands of the sick and dying during the plague. He died in 1584 at 46. His body rests in the Cathedral of Milan. His feast day is November 4th. 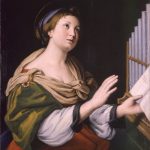 St. Cecilia. A young roman woman was martyred between 176-180AD for refusing to sacrifice to the Roman gods. Sentenced to death first by suffocation in baths, then with three ax blows to the neck, she survived three days. She is the patron saint of music and her feast day is November 22nd. Her relics reside at the Basilica di Santa Cecilia in Trastevere. 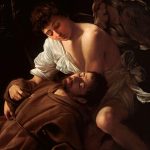 St. Francis of Assisi, the famous patron of the poor, of animals, and of Italy itself, was born in 1182 to a wealthy family. He gave up everything to dedicate his life to prayer and preaching God. He died in 1226 at 45. To protect his relics, his body was hidden, and the place eventually forgotten. It was found in 1818. His body is now kept in a crypt in the Basilica of St. Francis in Assisi, Italy. His feast day is October 4th. 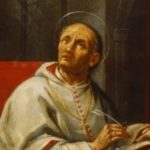 St. Peter Damian. A Benedictine monk, Bishop of Ostia, Italy, a Cardinal, & a Doctor of the Church, Peter Damian was born in 1007 in Ravenna, Italy. Famous for reforming the Church in its day, he died in 1072. His relics were moved six times & finally rest in the Chapel of St. Peter Damian in the Cathedral of Faenza, in the northeastern region of Emilia-Romagna, Italy. He is the patron saint of Faenza. His feast day is February 21st. 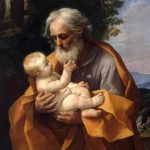 St. Joseph. Patron of the Universal Church and beloved patron of Sicily. His feast, La Festa Di San Giuseppe in Italy honors this husband to the Virgin Mary and earthly father to Jesus. Italy celebrates his feast day, March 19th, as Father’s Day. 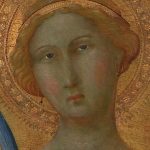 St. Corona. An early martyr who died in 176 AD along with St. Victor, has been a patron of “steadfastness in faith, for requests against storms and crop failures, for averting epidemics and for requests for help in the small needs of everyday life,” in eastern Austria for hundreds of years. She now is the patron against pandemics worldwide. Her feast day is May 14th. 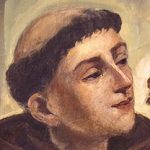 St. Anthony of Padua. St. Anthony was born in Lisbon, Portugal in 1195, but served the poor in the town of Padua in northern Italy. He’s known as the patron of sailors, fisherman, priests, travelers, and a wonder-worker and finder of souls. This is why many pray asking for his intercession when things are lost. He died June 13, 1231. His relics reside in Padua at the Basilica of St. Anthony. His feast day is June 13th. 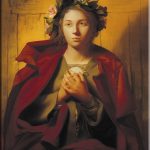 St. Bona of Pisa. Born in 1156, St. Bona was an Augustinian tertiary at 10 years old, traveled to Jerusalem from Pisa to find her father, and was captured by Islamic pirates, then rescued, at 14. A visionary and mystic, she led pilgrims nine times on the 1000 mile journey to Santiago de Compostela and Spain. St. Bona died in 1207. She is the patron saint of travelers, tour guides, pilgrims, flight attendants, and the city of Pisa, Italy. Her feast day is May 29th.

Want to learn more about Catholicism? Click on my Faith page.